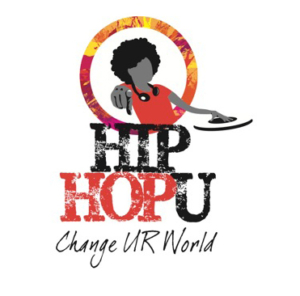 I was invited to speak at a local all-girls (public) school during Woman’s Month this year – about being a woman activist (!). Yip, someone thinks I was one! Yay! I was sent a set of questions that went something along the lines of “When did you become an activist? What inspired you? What motivated you to do this?” etc. etc. I had not so long ago written a short story for an anthology about children and war; about my experiences as a child growing up in an activist family during the struggle against apartheid. This story conveniently answered some of these questions. SO, my first thought was that I would read – kind of a different, creative way of engaging with the questions, right? I felt quite confident about doing this because the story has been used in teacher guides in the USA as well as someone having bothered to make an audio recording of it on YouTube for learners who don’t read. So, there must be something there, right?

BUT, hah, as I read the story to these young, eager minds in PMB that hot afternoon in August, I noticed not that they were all hanging on my every word (some of them were 🙂 but I noticed more than one young, vibrant, energetic (well they had been when I arrived) woman drifting off… TO SLEEP! Ok, ok, it was a really REALLY HOT afternoon in PMB, as it often is … BUT “EISH!!! Ok”, I thought, “what on earth is plan B?” …

SO, I cut paragraphs, skipped through the purple tree lined streets of my Pretoria childhood with kwela playing on the corners in the 1970s faster than ever before, and tried, as coherently as possible, to just get to the frikkin’ end.

Glance down at a few more questions, and “I’ve got it!” I thought, “What have you done or achieved that has given you the greatest satisfaction?” Saved by a rote question.

So, out of (a little bit of) no-where I said “Well, one of the things that has given me the greatest satisfaction (apart from raising my three beautiful children – which you shouldn’t consider doing any time soon) is having just graduated with a Master’s degree in Hip Hop and Rap!”

“Whaaaaat?” was definitely the now unspoken, almost audible retort from the room as everyone sat bolt upright (and very awake) in their chairs. I flipped open my laptop (which I had snuggly kept tucked in its bag having wanted to hold a real book in my hand, rather than anything digital – trying to role-model a world where unplugged is good, right?) and proceeded to present to them my conference-ready PowerPoint (with awesome video of young people in a project I ran performing Hip Hop and Rap songs themed around issues affecting their and their community’s health).

This got the creative juices more than flowing, and before I knew it, I was undertaking to come back someday for us to kick off a process just like that in the videos with this group… A few weeks later, I was called by the organizer of this group of young woman … She had been told that the said group were tired of just talking to people, and that they now wanted to do something practical… And could she please set something up with Jive/ Hilary 🙂

I have heaved a rather massive exhale of relief to know that what stayed with those young women that day was not my boring, sleep-inducing story of my childhood, but an activism that we can live out now… That there is power in leaning into the mediums and methods of activism that modern generations know and love – tech, music, informal interactive engagement on their terms. I realise I don’t have to hold on to old ways and old stories and old books, but can engage on THEIR level, in their connected, vibrant, musical world of modern activism.

What a BLAST! I mean in good Hip Hop speak “DOPE!”

It’s never too late to make a difference

Want to join the discussion?
Feel free to contribute! 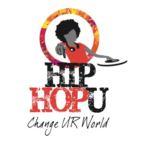 Thoughts from the Team
Scroll to top